You know what’s great about her?
She doesn’t talk. She just listens.
That sounds perfect for you. 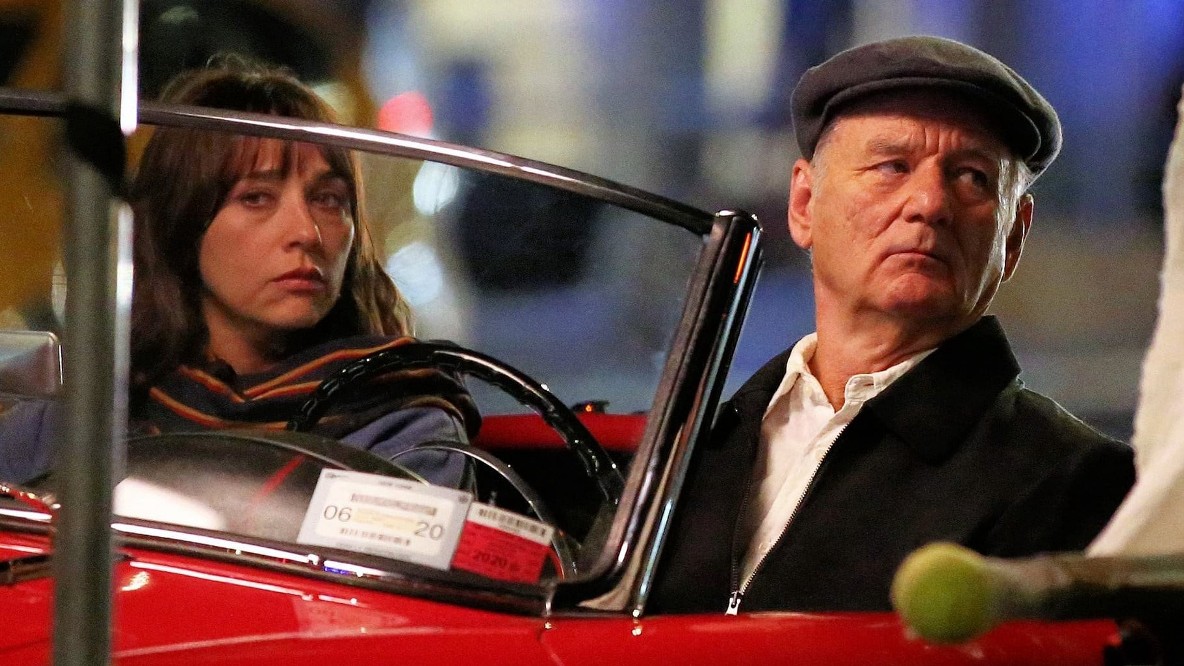 Life is full of unexpected turns. As an 18-year-old, I rented the adult cartoon “Tarzoon: Shame of the Jungle” just for fun. Probably because of the titillating vamp on the cover, lying naked on a huge platter and carried by figures that looked like penises. No one could suspect that a voice actor in this cartoon would become one of my most popular actors. If there’s one comedian who manages to make me chuckle without any problem, it’s Bill Murray. Like in “Stripes” and “Ghostbusters”. Or the incomparable film “Groundhog Day”. However small his role may be in a feature film, he always manages to create an unforgettable scene, such as in “Zombieland” for example. Put Murray in a horror, and his typical way of acting makes it a completely different experience. Just watch “The dead don’t die” and you’ll know what I mean. In short, a versatile actor who takes a film to a higher level with his contribution.

This year I came to the conclusion that I had never seen the movie “Lost in translation”. A film directed by Sofia Coppola (daughter of) with Bill Murray and the very young Scarlett Johansson in the leading roles. Even though there was something slightly comical lurking beneath the surface of this film, the subject matter was far from comical. A film about two individuals who are right in the middle of an identity crisis. A film about love and loneliness. Loneliness not only because of the life situation they both find themselves in, but also because of the fact that they are in a country where they don’t understand the language, culture, and general way of life. Two lost souls who discover, sense, and encourage each other. I admit, I was moved after seeing this masterful film. Finally, after a long time a film that rocked my socks off. A thought-provoking film that’ll resonate for a pretty long time. Yes, some movies do that to me.

And then 17 years after the release of this magisterial film, we get a renewed collaboration between Sofia Coppola and Bill Murray. “On the Rocks” is not as magical as “Lost in Translation“. But somewhere deeply hidden it does have points of contact with the latter. Here, too, Laura (Rashida Jones) is in the middle of a crisis. Both in terms of her marriage and her writing career. The suspicion that her husband Dean (Marlon Wayans) just pretends to have lots of work since starting his own company, just to cover up an affair, grows stronger. And writing a new book isn’t easy either. The day she tells her father Felix (Bill Murray), a charismatic wealthy art dealer with an untameable flirtation habit, about her suspicions, he throws himself wholeheartedly into the case with full dedication. Before Laura realizes it, she is embroiled in a wild search for the truth.

“On the rocks” isn’t such a depressing and melancholic story as “Lost in translation“. There’s more humor in it. How another mother at school tells Laura every morning about her love life. The interesting facts about human behavior and the evolution of relationships between men and women Felix tells about every time unexpectedly. The wild chase in a “not so suspicious-looking” red, noisy convertible through the streets of New York. Perhaps it’s rather light, uncomplicated humor. Still, it’s subtle at the same time. The chemistry between Laura and her father feels unforced and authentic. And this won’t come as a surprise: Bill Murray nailed it once more. He demands full attention every time he comes into the picture. His characteristic acting and the way in which he can charm random people with his smooth talk is simply superb. And it’s not just the female population that falls for his smooth-talking. The way he manages to turn a police officer’s mood from being reprimanding to being helpful is just sublime.

“On the rocks” is about marital troubles, a complicated father-daughter relationship, and also about how people get lost in the turbulent and chaotic society in which they live. It’s not another masterpiece of Coppola, but surely it’s another successful cooperation between Coppola and Murray. I quietly hope that they will work together again in the future.