Do you rate ridiculously bad movies 0 or >0 ?

Do you rate ridiculously bad movies 0 or >0 ?

I often struggle with how to accurately score movies. This topic is part of a series dealing with voting-related problems, challenges, phenomenons and paradoxes — all as part of a quest whose end-goal is to correctly reflect my appreciation of movies when rating them:

Bartbaard wrote:I don't think that a movie that is 'so bad that its good' deserves a 0. If I enjoyed it, however bad it was, it deserves a higher grade in my eyes.

livelove wrote:No, by definition "so bad that it's good" is the ultimate badness ... so bad that it can't get any worse. It's laughably bad. So this is a clear-cut case of zero. I'm horrified about users dishing out any better than zero for this, as this ruins the ranking.

You are ruining the ratings and TCIs by voting >0.

You confuse entertainment value with how good a movie is.

A movie can be ridiculously bad and have, exactly for this reason, a high entertainment value.
That's the whole premise of "movies that are so bad they are good" ...

I for one sometimes look for films of that type by browsing the worst scored films.
If you rank those films at 40, that doesn't work anymore.
Top

Rankings are on how entertained I was watching it aka "IM NOT BORED IM ENTHRALLED" rating just on technical / how well it's made stinks.

So in conclusion I'm an idiot.
Top

I never really understood the concept of 'so bad it's good'. I usually try to avoid watching movies I think will be bad, and if I do happen to end up watching one that's ridiculously bad I'll just turn it off, because really bad movies just annoy me. Back when I used to go to the cinema I'd walk out if it was that bad. I give these movies zeros across the board without hesitation. I've rated a lot of movies 0, and to me they're not worth distinguishing one from another. If I can't think of anything good about a movie I chuck it in the 0 bucket with all the other garbage and move on with my life.
Top

@BillyShears: No, you are not idiot. I find it perfectly legitimate to rate a movie on how entertaining it was
IF it is a movie one respects.
So if you like Rocky 4 100/100 because you get a heck of entertainment from it, that's perfectly ok in my book.

The qualm I have is when entertainment comes purely from how ridiculously bad a movie is. The kind of movie that makes you laugh, because it's THAT bad.

I don't know what other non-movie example I could come up with. Think of a football game maybe. Imagine hilariously bad players. It makes you laugh watching and you might find it entertaining for that reason. But if someone asks you, how good was the match, you would probably rate it zero.

Maybe someone can find a better example, but I think you get my drift.
Top

VinegarBob wrote:I never really understood the concept of 'so bad it's good'.

Try watching such a film with a like-minded person maybe. I can hardly describe how much fun that can be. It's definitely something which can be better enjoyed together or in a group than alone. Just the conversations about the bad stuff are so hilarious ... Legendary in some cases.

Of course there are just boring and plain-bad films.
But then there are also others which are completely illogical (in a fun way) or with terribly funny acting.
Maybe someone can give you good examples.
Top

livelove wrote:You are ruining the ratings and TCIs by voting >0. 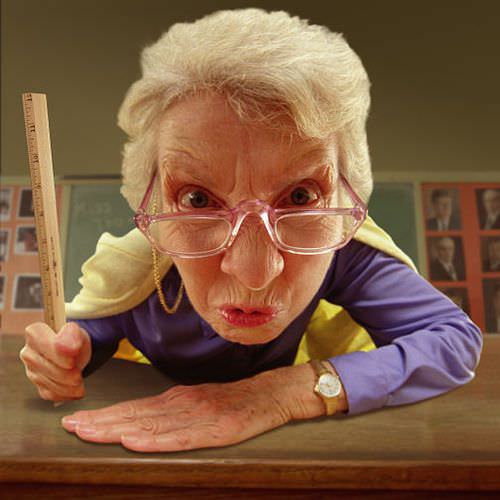 I think this question easily ties back to a few of the other threads about how exactly you personally "rate" films. I've never been able to come up with any kind of exact system for my rankings, instead I just go off feelings trying to merge an appreciation for both pure personal entertainment value and my idiot brain's idea of quality/technical skills or artistic merit.

Personally I enjoy bad movies. However, not all bad movies are equal. So for someone like me I'm always constantly struggling comparing the ratings for bad films I enjoy with those I don't, as well as with the competent movies I liked, or didn't enjoy.

I completely agree with:

So how boring I found a movie is the first place I start when thinking about giving a lower score, but to get close to a zero a movie has to be both boring and annoying/aggravating/frustrating for me too. I have to come away from the movie both bored and angry for a movie to be bottom tier generally.

I haven't actually given any movie a zero yet since part of me feels like there is always something worse out there, that I just I haven't seen yet, that is just so bad, that it challenges categorization. Sometimes I feel people are quick to toss out a 0, like certainly there must be things much worse than (insert latest Adam Sandler movie here) but then I remember, hey it's their rankings, and they for sure have the better understanding of their own taste than me.
Especially when I consider that I only have one ranking at 1, and that is more of place of honor for the worst of the ranking bending "so-bad-it's-good" movies, but even then I have my own internal tiers of these ranking bending "so-bad-they're-good" movies.

This makes my own system a little wonky when I end up rating movies I dislike the most at a 2, so I'm probably not doing it quite right exactly.

But I challenge people to watch something like "Still Flowin': The Movie"(2014), or better yet "Things"(1989) and not think it's so fascinatingly bad, and so much so that you are almost both sure it's the worst thing you've ever seen, meanwhile opening your eyes to the possibilities of a level of bad, that part of you knows deep down, someone can of course always do worse somehow.
Top
Post Reply
63 posts